Lucy Flores is a former Nevada State Assemblywoman, lawyer and media entrepreneur. After leaving elected office, Lucy served as Vice President of Public Affairs at mitú, where she developed and executed social impact and political content strategies. From this, she went on to launch her own digital media and events production company, Luz Collective, producing digital content and events with a focus on the Latina community. Lucy currently serves on the board of the national Women’s March. She also provides political commentary on national media outlets and speaks frequently on both political matters and digital media strategies.

Matt A. Barreto is Co-founder and Managing Partner of the polling and research firm Latino Decisions. Barreto was recognised as one of the 30 Latinos who were key to the 2012 presidential election and was named one of the top 15 Latino pundits by Huffington Post. Barreto is also a professor of political science and Chicana/o studies at UCLA, where he teaches courses on Latino politics, elections and statistical analysis.

Flores, Lucy and Barreto, Matt A. (2020, May 1). Latina voters: The key electoral force. In the Journal of Cultural Marketing Strategy, Volume 4, Issue 2. 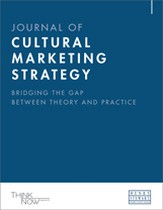