Massive data breaches focused on stealing personally identifiable information (PII) have led to a world where identity data is a commodity. The level of account opening fraud in the financial sector and other sectors is growing at an alarming rate, as knowyour- customer (KYC) checks are no longer stopping fraudulent online account opening. Traditional controls such as device reputation and geo-locational analysis become less effective as fraudsters fully understand that their access device and location is being monitored, and the industry is now attempting to establish a new defence doctrine against identity theft and account opening fraud. Tracking a user‘s digital identity in social networks and their interaction patterns as they open a new account are some of the nextgeneration tools that show promise in the fight for digital identities.

Uri Rivner is recognised globally as an industry expert on cybercrime and advanced threats. Prior to joining BioCatch he served as Head of New Technologies, Identity Protection at RSA. He has worked closely with the world‘s largest financial institutions on developing solutions against online crime, phishing and Trojans, and helped other industry verticals establish an effective defence doctrine against advanced cyberthreats. He was a key player in developing anti-cybercrime technologies used today by thousands of organisations worldwide to stop billions of dollars in fraud each year and protect hundreds of millions of users. 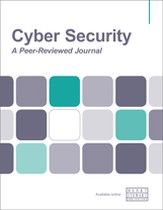