Dos and don’ts of immediate payment implementation: The Hungarian story

The launch of the Faster Payments System in 2008 in the United Kingdom was the start of the modern era of immediate payments services. More than 50 countries have joined the UK since, and instant payment services have become to be the norm in the payment industry. The number of countries is growing from month to month, and the emphasis is already being placed not merely on the implementation of new systems but, even more, on reaching interconnectivity among systems and offering instant payments across the borders too. Hungary has always been an innovative country, and tourists had the option of paying with bank cards, for example, as early as in 1961. It is not surprising, therefore, that the National Bank of Hungary made a bold decision to implement immediate payment services in the country. In just over three years a unique system was launched that offered immediate payments services in Hungarian Forints. This paper offers comments on the project based on a review of the implementation period.

Róbert Kiszely graduated from Eötvös Lóránd Science University in Computer Science. He was hired as the first Capsys employee in 1998. Over the past 21 years he has gained experience in several fields in banking and financial IT: expert consultancy, development, implementation and support of securities settlement, pension fund administration and payment systems. Róbert has successfully led several domestic and international projects. As Director of Professional Services, he runs the professional support of Capsys’ international partnership programme, focusing on Immediate Payments and PSD2/Open Banking. Róbert has been recognised as one of the leading experts of Immediate Payments and PSD2/Open Banking in Hungary, having spoken at numerous conferences on these topics. Over the last three years he has led the architectural design and subsequent implementation of two major immediate payment implementations in Hungary.

Jozsef Czimer started his career with the National Bank of Hungary, working in international money market operations and later in the regulatory department. While still serving as a regulator, he started to deal with bank card operations. Later, as a deputy CEO of the new IBUSZ Bank, he managed the country’s then largest card activity. Having an innovative bent of mind, he started to deal with e-money operations. Jozsef contributed his expertise to the working out of the European E-money Directive as well. In 2013 he moved to London, where he later set up the Capsys London office, where he is currently the manager and is responsible for instant payment services professionally and also for European partner relationships. He is also a member of two European Payment Association commissions. 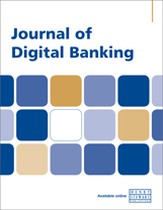