This original research presents an inductive analysis of social media use by a US minor league soccer team. An in-depth examination of the team’s social media practices and analysis of its content during the spring 2015 season yielded several curious findings regarding the team's fan engagement process. In seeking to better understand how the team promotes fan engagement on social media, this study concludes that the team used social media primarily as a one-way communication mechanism. There was minimal dialogue and the club itself rarely commented on the posts or discussions of others in which it may have been tagged. As a minor league team with limited game coverage in the more traditional forms of media, this club overwhelmingly used Twitter as a way to live tweet the game action. This paper discusses the practical implications of these findings, while also addressing limitations to this investigation and opportunities for future research on the role of social media as a fan engagement vehicle for minor league sport organisations. 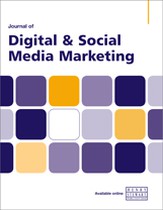