Open banking in Europe: The effect of the Revised Payment Services Directive on Solarisbank and Insha

The concept of open banking is gaining global recognition for helping to integrate innovative financial service providers into a sustainable financial ecosystem. This paper discusses open banking, including its core building blocks, prospects and challenges. Given the European Union’s pioneering role in adopting open banking regulations, the paper also reviews the revised Payment Services Directive (PSD2) and its role in advancing fast payment systems in Europe. The paper goes on to consider the practical implications of the PSD2 in Germany through case studies of the banking-asa-service platform, Solarisbank, and the Islamic digital bank, Insha. Finally, the paper sheds light on the benefits of open banking for ecosystem stakeholders, including fast payment system providers, and how they can benefit from the introduction of open banking regulations.

Zhamal Nanaeva is a PhD candidate on the Islamic Finance and Economy Programme at Hamad Bin Khalifa University. She has a BA in economics from Kyrgyz State National University, and an MSc in finance and banking from the British University in Dubai. She has also completed finance and sustainability courses at Harvard Extension School. Zhamal’s professional experience includes facilitating collaboration with multilateral donor agencies at the Kyrgyz Project Promotion Agency, as well as performing industry research for startups in Estonia and the United Arab Emirates.

Nasim Shah Shirazi is a professor at Hamad Bin Khalifa University’s College of Islamic Studies. He has designed, developed and taught both graduate and post-graduate courses in economics at various institutions, and his research has been published widely. He has also worked as Lead Economist and Acting Manager of the Islamic Development Bank’s Islamic Economics & Finance Research Division, and completed consultancy work for such organisations as the World Bank and Asian Development Bank, among others. 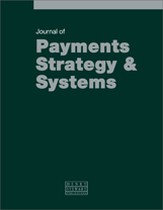