The burden of 10K dreams: Key findings from a 10K film scanning test

Rescanning film continues to be a cost-effective way to supply library content to audiences via 2K theatrical projection, Blu-ray disc, high definition (HD) cable and now 4K high dynamic range (HDR) streaming. Film remastering has consistently provided improved results over the last two increases in digital resolution, from standard definition (SD) to HD and HD to 4K. Through these transitions, 35mm film has proven to be a reliable source format for solid results. As 8K becomes the next resolution goalpost, this article looks at whether scanning 35mm film at higher than 4K resolution continues to bring value. The fluid nature of resolution is explored, highlighting crucial factors from acquisition to display that have an impact on the resolution of any particular shot. The article describes key findings from a 10K film scanning test to identify some of the advantages and challenges inherent in the next wave of high-resolution film scanning.

Laurel Warbrick is the Director of Remastering and Alternate Versions at HBO. She has overseen the digital restoration and remastering of a diverse range of titles including cult classics from Peter Greenaway, Derek Jarman and John Landis, as well as the March of Time collection and iconic television series such as ‘The Wire’. 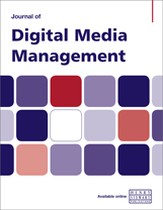